When we tasted authentic Lebanese tabbouleh, we realized that with our mostly semolina tabouleh, we were missing out on a miracle. 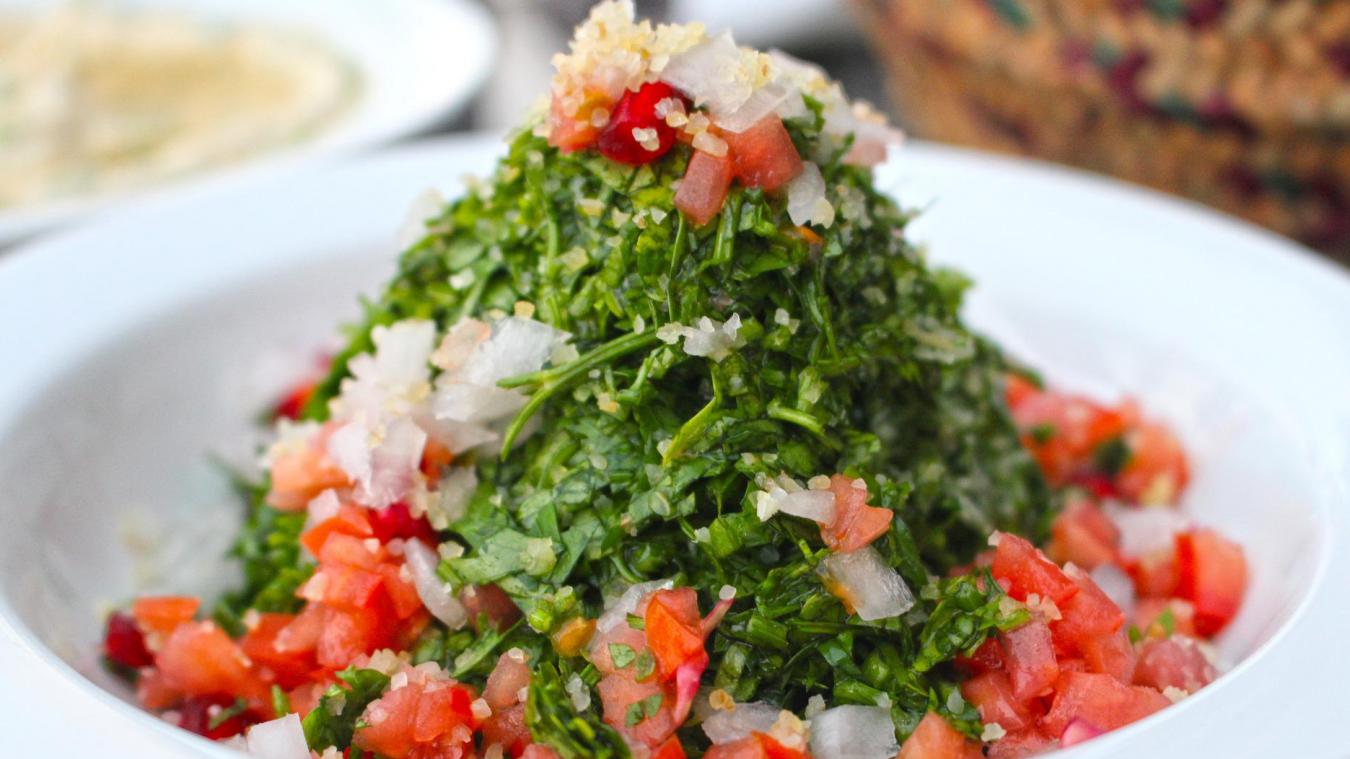 Tabbouleh is more than just a dish, it is a true invitation to travel. Not necessarily by the ingredients that make it up, but by the flavor it gives off. From the first bite, we understand that we have not tried anything like this. The immeasurable sense of freshness that taboula gives makes one understand all the interest in such a dish, especially in sun-drenched countries such as Lebanon, Syria or Jordan, in which this salad was born. In addition to this freshness, we are captivated by a very subtle combination of tastes, in which no one taste dominates the other.

Parsley in the spotlight

The ingredients that make up tabbouleh are neither rare nor truly exotic. Flat leaf parsley, some mint, white onion, tomatoes, olive oil, lemon and crushed wheat. There are, of course, a few spices that give it its flavor, but there is nothing elusive here either. The trade secret lies in the quality of the products, in their cutting, and especially in the cutting of parsley, as well as in the skilful dosage of the ingredients, as in all recipes one could say, but with tabouleh, the dosage changes our habits . The function of parsley is not to season or, even worse, to be a simple element of decoration. To make tabbouleh, you will need not a few sprigs of parsley, but several bunches. The very basis of the recipe, parsley plays an important role that cannot be found in any other preparation.

The origin of the name tabbouleh is a matter of debate, but among etymologies, the most commonly accepted one refers to a word of Arabic origin, which means season. The appearance of tabouleh in the form of parsley salad probably dates from the 15th or 16th century, which is generally quite recent in terms of the consumption of cereals in many of their forms. The origin of the recipe is actually due to the arrival of tomatoes from the New World. Bulgur, whose presence in the recipe is very limited, but mandatory, is first mentioned in Iranian writings of the 16th century.

Today the most common tabbouleh in France, the one that has been in our gastronomic fashion since the 1970s, has little in common with the one known to the Lebanese or Syrians. It comes to us rather from North Africa, perhaps even from the cuisine of pied-noir and seems to be inclined indefinitely, with chicken, fish, raisins and many other things for little that the base is semolina. Maybe we should call it couscous salad as some suggest? In any case, whatever name you give it, you can also write it tabbouleh or tabouleh, nothing compares to Lebanese tabouleh.